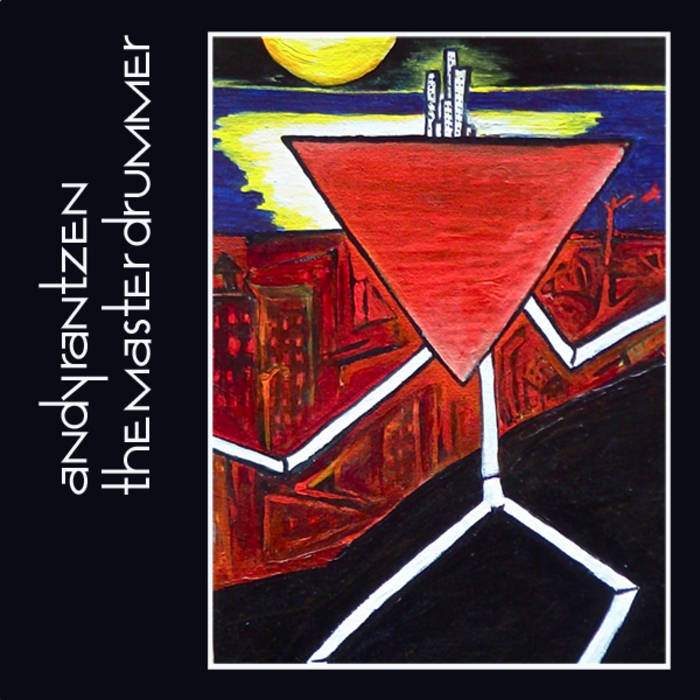 Andy Rantzen, the godfather of Australian electronica (Itch-E & Scratch-E, Pelican Daughters, The Blue Hour, FC Europa, Cherry2000) is releasing his first album of all new solo material since 2003's 'My System'. It is now released for free download on that new fangled internet thingy, but we at 4-4-2 Music thought it was important enough to warrant getting a limited edition vinyl run made.

The new album is called 'The Master Drummer'. It's a minimal crush of classic analogue electro with whispered, pitch-shifted voices exploring the philosophical state of play of early 21st century metaphysics.

4-4-2 Music has released the album for free digital download, but we'd also love you to get it on beautiful, clear polycarbonate. We'll be having a super limited edition run especially lathe-cut by the legendary Peter King in New Zealand. After decades of research and development, his lathe cuts are guaranteed to outlast your regular vinyl pressings and deliver a more impressive bottom end, at a price that makes the short run achievable (and, contrary to popular belief, Peter King lathe-cuts are in full, hi-fidelity stereo). For more details, head over to the official Peter King lathe-cut site at peterkinglathecutrecords.co.nz.

The Hammer and The Relentless from the Boston band Malleus stop by for a chat.